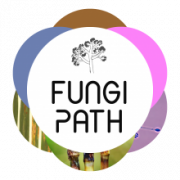 During plant infection, phytopathogenic fungi orchestrate complex processes that include the production of specialized structures, adaptation to changing nutrient conditions and breaking through the defense of the hosts. Our research focuses on fungal molecular mechanisms that are important to the infectious process, and in particular the identification of novel cellular or metabolic functions at work during the early stages of the interaction with the plant (adhesion and germination of the fungal spores, development of specialized penetration structures and early colonization of the host).

Our biological model is Botrytis cinerea, the fungus causing grey mould on grapes, tomatoes, bean, strawberries and more than five hundreds dicot plants. B. cinerea can produce two different structures to penetrate its host plants, one is a simplified appressorium, the other is an infection cushion. Inside the plant tissues, B. cinerea expands in a necrotrophic manner, killing the host cells via the secretion of phytotoxins, reactive oxygen species, organic acids and lytic enzymes, and subsequently feeding on the dead cells. Both the genome of B. cinerea and that of some of its hosts (grape, tomato, strawberry, Arabidopsis) were sequenced and molecular tools have been developed to manipulate the fungus. This enables genomic approaches to study the molecular dialog that takes place during the fungus/plant interaction. In addition, we have created a mutant collection in B. cinerea to identify new pathogenicity genes representing potential antifungal targets. Our current investigations relate to three biological functions or elements that play an important role at the beginning of the infection process: 1) vesicular trafficking, 2) microtubule cytoskeleton and 3) cell wall. Our research team works in strong collaboration with the Biology Department of the Bayer CropScience research center in Lyon, dedicated to the search of new phytosanitary solutions for the protection of vegetable crops. In this context, our research participates in the thinking of new ways to block the apparition or the development of fungal diseases.