Signaling and Adaptive Mechanisms in Yeasts 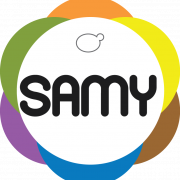 Glucose is the preferred carbon and energy source for most organisms and largely impacts many regulatory pathways in living cells. Although it is the most abundant monosaccharide on Earth, extracellular glucose concentrations fluctuate rapidly and most cells have to adapt to these variations in order to survive. The remarkable capacity of eukaryotic cells to optimize their metabolism in response to glucose availability requires glucose sensing systems and sophisticated signal transduction pathways. Yeasts share several evolutionary conserved cellular processes with higher eukaryotes. Since they display efficient genetic, molecular and genomic tools, they are powerful experimental models to study glucose sensing and signaling mechanisms in a living cell. The main objectives of the SAMY team (Signaling and Adaptive Mechanisms in Yeasts) are to understand how yeast cells sense glucose, to dissect glucose signaling pathways at the molecular level, and to elucidate how these transduction pathways influence glucose uptake. 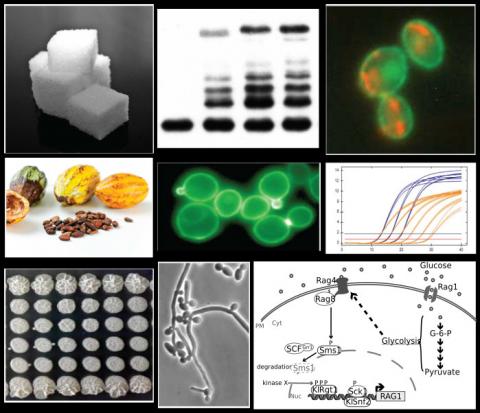 This thematic is developed by using different yeast models: Saccharomyces cerevisiae and Kluyveromyces lactis, two yeast species presenting a fermentative and a respiratory metabolism respectively. In parallel, Candida albicans is studied to better understand the influence of glucose metabolism and signaling pathway on the ability of this opportunistic pathogen to infect mammalian cells.Due to our strong expertise in yeast genetic and metabolism, team SAMY is strongly involved in a collaboration aimed to identify and to characterize the yeast communities involved in cacao bean fermentation in Ivory-Coast.